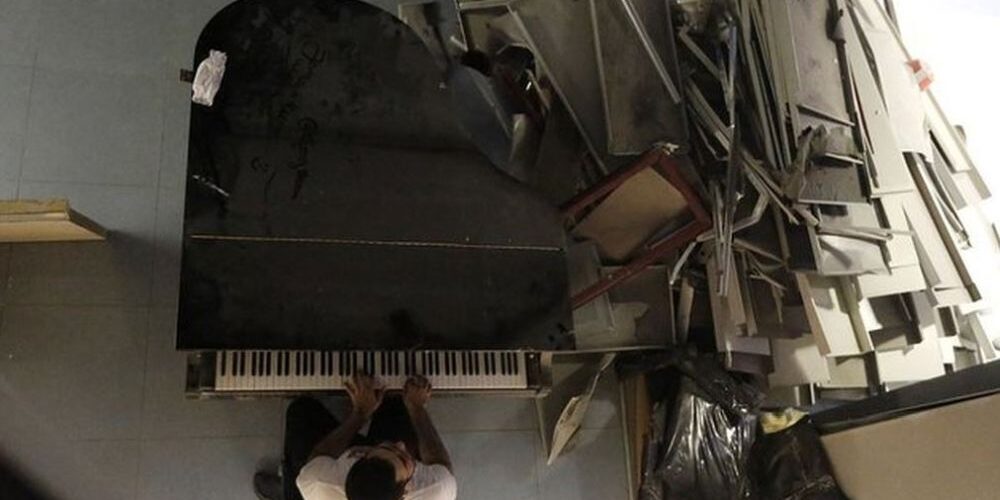 These are pretty difficult times for mankind. We’re in all sorts of trouble, mostly self-inflicted I might add. While parts of the world are on fire, world leaders are stumbling and medical facilities keep getting flooded with Covid-19 patients, I could do with a tangible hero!

On August 4th 2020, a mountain of ammonium nitrate and some questionable politicians’ disinterest ended the lives of 158 people (and counting), devastating an entire country for years to come. Today’s hero’s is not lowering that terrible death-toll by any means, nor will he help Lebanon to get rid of the ones responsible and the troubled political system behind them. What he did and still does do though, is making the simplest of contributions to staff and volunteers of the ruined St. Georges Hospital in Beirut. As the late John Lee hooker put it: Music is a healer, all over the world…

We blogged on Playing Hospital Pianos before, but did so in times of peace and comfort for the player on duty. This Yamaha baby-grand at St. George Hospital was there playable for the public since 2010, so we figure Chadi Haddad must have played it on numerous occasions before. His return to the hospital in ruins, debris all around him, few days after the disaster less than a Mile away luckily got picked up by various media.

To use his own words:

We salute you, brother! May your sounds of relief be the start of something new erupting from this terrible situation.